An update has been deployed!

External users may now be included in picks. It works basically the same way as with users on your team, but with two important gotchas:

External users are able to accept / decline picks as normal. They are prevented from performing other actions.

You can tell Pickle to update its original message when retrying instead of reposting it to the channel. The option is available in your default configuration, rotation configuration, pick modal, and the slash command with the --quiet or -q flags.

Pick Details now shows any users already tried and users skipped due to being away. 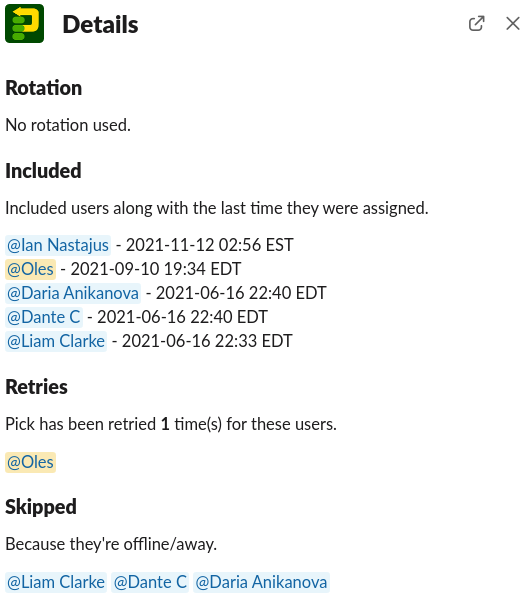